“Morality, like art, means drawing a line someplace.” – Oscar Wilde I had insomnia last night, which is why I was watching TV at three o’clock in the morning. It was a gripping drama, brilliantly presented: a lurid cocktail of murder, intrigue, and political cover-ups—of naked self-interest and personal ambition. No, it wasn’t the world…Read More 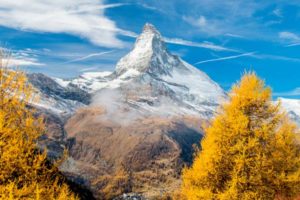 “Autumn is as joyful and sweet as an untimely end.”— Remy de Gourmont Late autumn has come to Luzern, and we’re enjoying an Indian summer. Days are still sunny and the afternoons warm, but mornings are nippy and the sunshine is paler. It’s a time for fleeces — a time for layering. Autumn won’t mean…Read More

“All the world’s a stage, And all the men and women merely players; They have their exits and their entrances, And one man in his time plays many parts…” – William Shakespeare Everyone has a history. But when it comes to fiction, how much of a character’s past is relevant to their story? The answer…Read More

What Every Villain Needs

“Res non Verba” I described in “Archetypes and Stereotypes” how character archetypes perform functions in stories. Be it hero or villain, trickster or mentor — each brings something unique to the plot. But what matters is not their individual contribution. It’s how they work collectively to tell the story. Plots need conflict as well as…Read More

R is for Romance (in Fiction)

“Love is a smoke raised with the fume of sighs.” — William Shakespeare Fiction and romance go together like bread and butter. They make up some of our best-loved stories. But when it comes to genre — Romance with a capital R — the entire plot must revolve around the love interest. What’s more, a…Read More

“I imagine hell like this: Italian punctuality, German humour and English wine.” ― Peter Ustinov The world has four cardinal bearings: north, south, east and west. So powerful is their grip on our psyche that they convey more than direction. They give us a sense of place. They shape our myths and cultures. I was…Read More

Sense of Wonder: Evoking the Numinous

“Watch the stars, and see yourself running with them.” — Marcus Aurelius Numinous is an adjective derived from the Latin word Numen, meaning divine will. In a more secular context, things that are numinous have an otherworldly quality that arouses a sense of wonder in magic or the supernatural. The Other The fun of fantasy…Read More

“It doesn’t stop being magic just because you know how it works.” ― Terry Pratchett, The Wee Free Men Fantasy is a genre steeped in the supernatural. It is literature of imagination, the realm of possibility. There can be wizards and elves, vampires and dragons, tyranny and malevolence. Fantasy places no bounds on the invention…Read More

“Spring is the time of plans and projects.” — Leo Tolstoy Few plants herald the coming of spring like the wild primrose. It begins flowering in March and always brings a smile to my face. Considered sacred by Celtic people, it drives its name from “primus,” which means “first” in Latin. In olden times, the…Read More